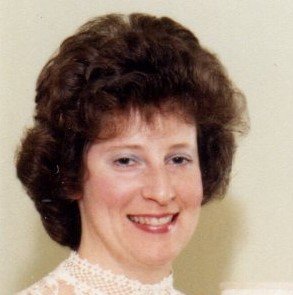 Patricia D. Cooper, 61, passed away on Wednesday, August 19, 2020 at University of New Mexico Hospital in Albuquerque, NM. She was born in Kingston, NY, grew up in Ulster Park, and graduated from Kingston High School, class of 1977. As a youth, she had been active in the 4-H club where she won many ribbons. Later, she became a school bus driver. Thirteen years ago she moved to Albuquerque, NM with her husband, Lawrence Cooper, with whom she would have celebrated 32 years of marriage on September 11, 2020. Patty is survived by her husband, Lawrence Cooper; parents, Ronald E. and Janis D. Bruck of Ulster Park; sister. Linda J. Warren of Ulster Park; aunts, Marjorie Sember of Red Hook and Elizabeth Linzey of Albany; uncles, Edward H. Bruck of Kingston; Thomas J. Bruck of Hurley; niece, Kristin Warren of West Park; nephew, Ryan Warren of St. Louis, MO; brother-in-law and sister-in-law, Leonard and Marie Cooper of Tillson; and several cousins. She was preceded in death by her grandparents, Edward N. and Elizabeth M. (Coughlin) Bruck and George W. and Dorothy (Raynor) Linzey. Visitation to celebrate Patty's life, will be held on Thursday, September 3, 2020, from 5:00-7:00 pm, at the Henry J. Bruck Funeral Home, 261 Broadway, Kingston, NY. To leave a message of condolence for Patty’s family, please visit www.henryjbruckfuneralhome.com.
To send flowers to the family or plant a tree in memory of Patricia Cooper, please visit Tribute Store
Print
Thursday
3
September