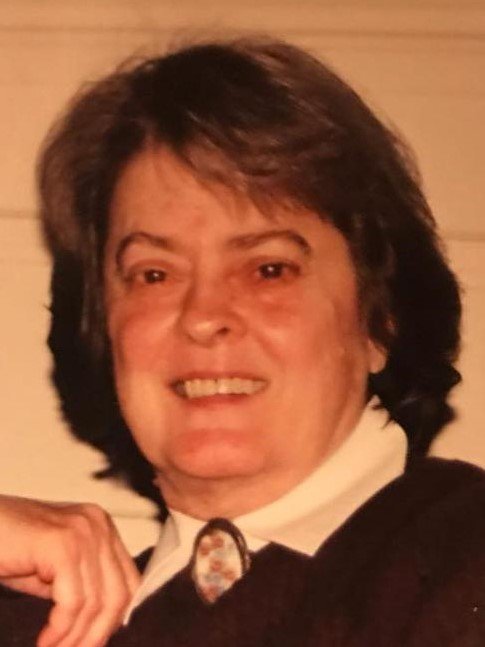 Marianne Francis Razey, 85, a lifelong resident of Kingston, NY passed away, Wednesday, January 13, 2021 at Golden Hill Nursing and Rehabilitation Center. She was a registered nurse and had been a Medical Supervisor for the Ulster County Department of Social Services. Marianne was known for her love and dedication to her 3 children, 10 grandchildren and 5 (soon to be 6) great-grandchildren. She would love a laugh but not while her NY Giants were playing, it was serious business then. She found her calling and greatest satisfaction in being an RN and caring for the sick and elderly. She was guided by a strong faith and belief in the Catholic Church and in addition to the hours of volunteering and baking, she became a Eucharistic Minister to serve those who were not physically able to attend Church. We have been blessed by the lessons she's taught us about commitment and dedication to God's work. She is predeceased by: Her daughter, Susan Alfone; her mother and father, Ann and Edgar Harlow; her sister and brother-in-law, Elizabeth and Joseph Gallagher, her sister, Margaret Schlotzhauer and sister-in-law, Audrey Harlow. She is survived by: Her son, Philip Razey- residing in Orlando, FL; her daughter, Sandra Kurt- residing in Santa Clarita, CA; her sister and brother-in-law, Jodell and George Kotrady residing in St. Augustine, FL; her brother, Ed Harlow residing in Pittsboro, NC, her brother-in-law, James Schlotzhauer residing in Roswell, GA and several nieces and nephews. There will be a family service at St. Peters Cemetery in the summer after the pandemic restrictions have been lifted. Cremation arrangements are under the direction of the Henry J. Bruck Funeral Home, 261 Broadway, Kingston, NY
To plant a beautiful memorial tree in memory of Marianne Razey, please visit our Tree Store

There will be no service at this time..

A service for the family will take place at a later date.

Share Your Memory of
Marianne
Upload Your Memory View All Memories
Be the first to upload a memory!
Share A Memory
Plant a Tree