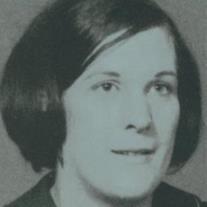 Obituary of Charlotte A. Reitz

Charlotte A. Richter Reitz, 71, of 155 Main St. in the Village of Saugerties, NY passed away peacefully early Sunday Morning, October 26, 2014 at HealthAlliance Hospital Broadway Campus with family at her side. Charlotte was born at Lenox Hill Hospital in New York City on August 19, 1943, the youngest of three children of the late Gerard G. Richter and Elizabeth K. Richter. When she was three years old, Charlotte and her family, to include her late sister, Irene Richter Petersen and her brother, Gerard Richter of Ulster Park, moved to the Hudson Valley. She grew up in various places to include Whiteport, Eddyville, St. Remy, Rifton, Esopus and Ulster Park. Charlotte graduated from Kingston High School. Charlotte spent the majority of her adult life in Kingston and surrounding area where her most proud accomplishment was the raising of three children. She is survived by John E. Reinhardt. Jr. of Rota, Spain, Rena A. Genther of Kingston and Michael A. Reinhardt of San Francisco. The joy of her life in later years has been her Grandchildren, Alissa Conrad and Fritzie Genther. Cremation and funeral arrangements are being handled by Henry J. Bruck Funeral Home, 261 Broadway, Kingston, NY. Burial will be in Wiltwyck Cemetery. ************************************ A gathering to celebrate Charlotte's life will take place Friday, November 21, 2014 from 4:00 pm to 7:00 pm at the funeral home.
To plant a beautiful memorial tree in memory of Charlotte Reitz, please visit our Tree Store

Share Your Memory of
Charlotte
Upload Your Memory View All Memories
Be the first to upload a memory!
Share A Memory
Plant a Tree