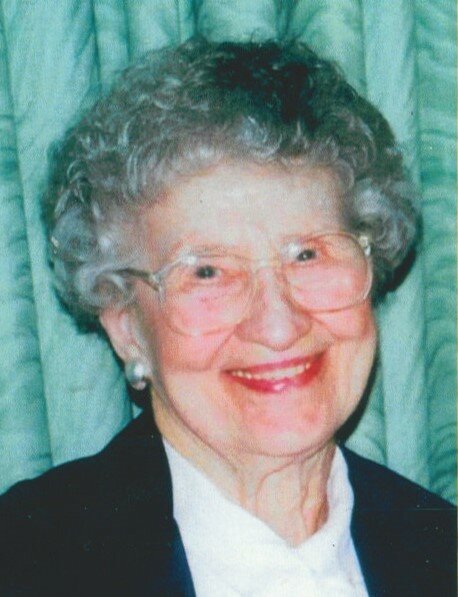 Anna Barbara Cwill, of Rogers Street, Kingston, NY, passed away at home peacefully on Friday, July 15, 2022 at the age of 105. Anna was the last surviving child born to the late Henry and Valeria (Fortuna) Tomaszewski . Anna was the oldest living member of the Immaculate Conception Church who had been baptized in that parish. Over the years she had been active in their Rosary Society, the Perpetual Adoration Chapel at the Church and served as an Extraordinary Eucharistic Minister. She also enjoyed crocheting and reading. On January 6, 1951, she married Raymond P. Cwill, and together with him, for many years, operated Ray’s Riverside Rest on the Strand in Kingston. Anna is survived by her daughter, Mary Ann Cwill, at home, along with several nieces and nephews. In addition to her parents, Anna was preceded in death by her husband, Raymond,; their daughter, Barbara (Bonnie) Cwill; siblings, Helen Albertini, Katherine Schrader, Joseph, John, Stanley, Frank and Ladislaus Tomaszewski. Visitation will be held on Monday, 4:00-7:00 pm, at the Henry J. Bruck Funeral Home, 261 Broadway, Kingston, NY. Funeral procession will form 9:15 am Tuesday at the funeral home then proceed to the Immaculate Conception Church where at 10:00 am a Mass of Christian Burial will be sung. Burial to follow in Mt. Calvary Cemetery. In lieu of flowers it is suggested that donations in Anna’s name be directed to the Immaculate Conception Church, 467 Delaware Avenue, Kingston, NY 12401, Hudson Valley Hospice Foundation, 80 Washington St., Suite 204, Poughkeepsie, NY 12601 or a charity of your choice.

Share Your Memory of
Anna
Upload Your Memory View All Memories
Be the first to upload a memory!
Share A Memory