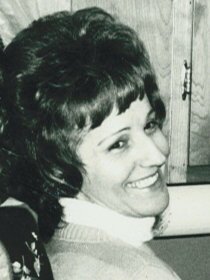 Helen M. Williams, 95, passed away peacefully on Wednesday, December 21, 2022, at her Kingston, NY home, following a brief illness. She was one of thirteen children born to the late Frederick Felix Perry, Sr. and Anna Mooney Perry. Helen is survived by her husband, Gerard R. Williams; her daughter, MaryAnna Bittner; her son, John R. Bittner, Jr.; her sisters, Agnes Brown and Dorothy Donovan; grandchildren, great-grandchildren, nieces and nephews. Helen was preceded in death by her son, Gary Daniel Bittner; her siblings, Mary Berardi, Alice Tiano, Florence Bastolla, Irene Bannen, Janet Scott, Frank, Octave (Junie), Ronald, Frederick F. Perry, Jr. and Arthur John Perry Sr. (Flint). During her lifetime she had been a police woman when Robert Murphy was police chief of the City of Kingston, a seamstress and retired as the head receptionist at National Micronetics. Family and friends will be received on Tuesday, December 27, 2022, from 5:00 to 8:00 pm at the Henry J. Bruck Funeral Home, 261 Broadway, Kingston, NY. Her funeral procession will form 10:00 on Wednesday, December 28, 2022, at the funeral home then proceed to the Immaculate Conception Church where at 11:00 am a Mass of Christian Burial will be sung. Burial to follow at St. Mary’s Cemetery.

Share Your Memory of
Helen
Upload Your Memory View All Memories
Be the first to upload a memory!
Share A Memory