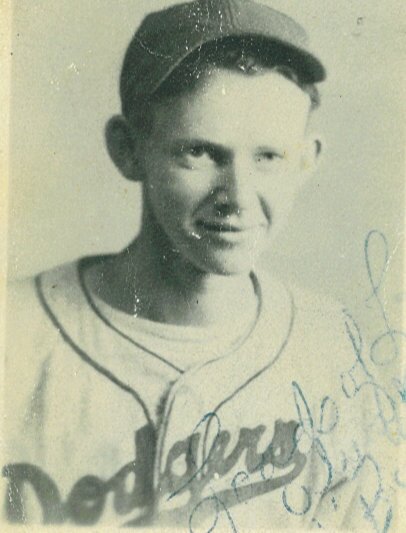 On June 2nd, Robert J Gorsline, "Bob" passed away in his sleep at his Kingston home where he had been a resident for 67 years. He was 94 years old. "Red" as he was affectionately known, was born on January 9, 1928. He married Mariette Monfett on April 29, 1951 and they had 4 children together. He was an amazing father and grandfather. He taught his family by example all about the importance of hard work. Red always had a passion for playing sports, particularly baseball. As a child, Red was known to always have a bat on his shoulder and a glove on his hand. From 1946 to 1948 he played for the Cambridge Dodgers Baseball Club. He continued to play on Kingston's local baseball teams for many years. Later he was inducted into Kingston's Baseball Hall of Fame. Red volunteered many hours to Kingston's Hall of Fame researching baseball players and making recommendations for others to be inducted. Red retired from IBM after 32 years of employment. He developed an interest in computers and could often be found playing on his "whiz bang" as he liked to call them. After retirement, Red would volunteer at SeniorNet to help others learn computer basics. Red was dedicated for many years to serving at St. Peter's Catholic Church in various capacities. He served as a lecturer, a eucharistic minister, and even would do altar boy duties much to the amusement of his children and grandchildren. Red would help also with the church's bingo and was a member of the church council. Red had many hobbies and sports that he enjoyed. He loved playing basketball, bowling, and golf. He had a special bond with his son Bobby and would often take him fishing. Every summer you could find Red working in his garden. He then canned the vegetables and shared with many friends and family. We celebrate Red Gorsline's life, a well-known beloved man around Kingston. He was a combination of passionate, feisty, stubborn and sweet. "Hey Red," can now be heard in Heaven. Red is proceeded in death by his parents John and Mary Gorsline; his wife, Mariette Gorsline; a daughter Barbara Ann Gorsline and a son Robert J Gorsline Jr. He is survived by daughters, Karen Daniels and her husband Robert of Alton, NH and Cheryl Spielberg of Poughkeepsie, NY; Grandchildren, Kim Van Wormer, James Hewitt, Lindsey Cavanaugh, Rebecca Daniels, Diana Daniels and Robert Daniels; 11 Great Grandchildren. Friends and relatives will be received on Thursday (June 9, 2022) from 4:00 pm to 7:00 pm at the Henry J. Bruck Funeral Home, 261 Broadway, Kingston, NY. Funeral procession will form 10:00 am on Friday (June 10, 2022) at the funeral home thence proceed to St. Catherine LaBoure’ Church where at 11:00 am a Mass of Christian Burial will be sung. Burial to follow in St. Mary's Cemetery.

Share Your Memory of
Robert
Upload Your Memory View All Memories
Be the first to upload a memory!
Share A Memory