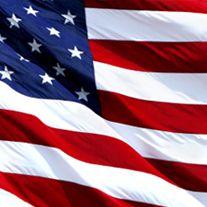 Bernard Cook, 82, of Moore St., Kingston, NY passed away Saturday, September 6, 2014 at HealthAlliance Hospital, Mary's Avenue Campus, Kingston. One of seven children, he was born May 30, 1932 in Tannersville, NY to the late Lester and Charlotte (Peck) Cook. Bernie served his country in the Korean War then retired from the U.S. Army after 30 years of service. Following separation form the service, he worked as a cook at the Ulster County jail then later at United Health Care. He was a lifetime member and Past Post Commander of Joyce Schirick Post #1386 Veterans of Foreign Wars, member of American Legion Post #150 and for many years was a member of the Kingston Bowling Association. Berne is survived by his wife, Lucretia "Sunshine" (Bibeau) Cook; sons, Kenneth S. Cook of Kingston and Bernard J. Cook of Connelly; daughter, Rosemary A. Newell of Kingston; sister Jean C. Pickens of Hanover, PA; Grandchildren, Bradly Joseph Cook, Frederick J. Newell, Cody Allen Cook, Galin Erin Cook, Michael John Laird-Cook and Beverly Dunham; Great Granddaughters, Brandi Marie, Leahmae Rose and Aylin Ann Cook; nieces and nephews. He was preceded in death by siblings, Wallace P., Clinton, Gilbert H and Robert C. Cook and Rose M. Haines. Friends and relatives will be received Tuesday 5:00 - 8:00 pm at the Henry J. Bruck Funeral Home, 261 Broadway, Kingston, NY. His funeral service will be conducted at 8:00 pm by the Reverend David M. Brechter. Inurnment in the columbarium at Saratoga National Cemetery, Schuylerville, NY will take place at a later date. In lieu of flowers the family suggest donations in Bernie's name be made to the Patriot's Project Veterans Home, 67 Wurts Steret, Kingston, NY 12401.
To plant a beautiful memorial tree in memory of Bernard Cook, please visit our Tree Store

Share Your Memory of
Bernard
Upload Your Memory View All Memories
Be the first to upload a memory!
Share A Memory
Plant a Tree